Every newly contracted agent that begins with Symmetry Financial Group begins on a 70% commission level, or also referred to as a starting contract.  All agents are paid directly by the carriers, Direct Daily Deposit, according to your contract level with Symmetry.  It is YOUR job as an independent agent to keep track of when you are up for a promotion and to contact your upline manager for review when you are due for your next commission bump.  Neither Symmetry Financial or your upline agency manager will keep track of this for you.  Once you qualify for your next commission level and it is approved and submitted to the carriers by Symmetry and your upline manager, it can take the insurance carriers two to 3 weeks to implement the commission raise.  For example, if you do $7500 APV for 2 consecutive months in a row in January and February to achieve a bump to 75%,  and meet all of the requirements in terms of a minimum of 65% issued paid business and any additional qualifications listed on the PDF below, you can expect your commission raise to take effect no later the 1st of the next month, in this case, April 1st.  If everything goes through quicker based on the fact that you have written good quality business or just that fact that there were fewer commission bumps to process that month, Consider it a BONUS for you, and take the extra money!!!  All the carriers operate at their own speed and have different processes when increasing an agents commission, so be patient and expect some of the commission increases to go through quicker with certain carriers than others.

Below you will find the PDF for the Commission advancement structure for Symmetry Financial. You will have the ability to move up in commission level from 70% all the way up to 120% and even an additional Equity Share Bonus based on your personal production, and or the production of you and your agency.  Keep in mind to achieve the next level of Rank advancement you can NOT use more than 50% of the volume generated from 1 organization or agent to reach your promotion.  For example, if you are looking to advance to the 70% commission level and you recruit Bob, and Bob goes out and produces $10,000 in APV, you must either have another agent, not in Bob’s agency or you yourself, do an additional $5,000 APV in order to hit your number of $10,000 APV.  Any personal accounts written, and your personal APV, will count 100% toward your next promotion.   For example, if you do $8,000 personal APV and Bob does $5,000, you would get credit for a total of $13,000 in APV and hit your advancement.  If you did $1,000 APV  personally, Bob did $5,000 APV and Sally who is in a separate organization does $5,000 APV then you would have hit a total of $11,000 APV  that you would get credit for toward your next promotion.

Below you will also find the carriers commission structures. To read the excel document, match the % the carrier pays based on the commission level that you are currently on with Symmetry. For example, if you are at a 70% commission level with Symmetry, look at the top of each carrier’s chart and follow down to see what actual % you are paid based on what type of product you enroll the client on. Depending on the carriers, each carrier will pay slightly different on fully underwritten products and certain final expense or whole life products depending on several different factors such as age, face amount, product type, etc. To ensure full pay equal to your contract level, Mutual of Omaha, American Amicable and United Home Life are the MOST consistent with your contracting level. 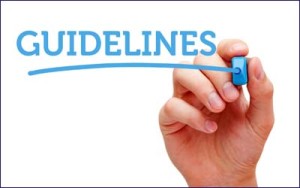 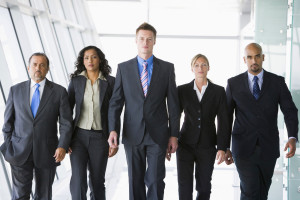 Levels of Leadership with SFG